Home » 6 Ways to Stop Being Defensive with Your Partner

6 Ways to Stop Being Defensive with Your Partner

During tough conversations, it’s helpful to choose battles wisely and to distinguish between petty issues and important ones. Many experts agree that bickering can lead to the demise of a relationship. It’s like chronic warfare that erodes the quality of a relationship and makes it tough to discuss difficult topics. When dealing with differences with your partner, the key is to listen attentively, understand each other’s perspective, reign in defensiveness, and stop criticizing and blaming each other.

For instance, Jackson has become resentful of Becca over the last few years because she spends money without informing him. From his perspective, Becca has been increasingly detached and secretive about her spending habits. During our session, they had an argument that left them both feeling defeated and bitter. I encouraged them to listen to each other and not focus on who was to blame for their problem.

Jackson glanced at Becca and put it like this: “My anger and resentment started to mount when you told me two months after you put a trip with your girlfriend on a credit card without telling me. You were literally charging large amounts for clothes and air fare without telling me – even when I asked you why our balances were going up. I can’t trust you anymore since you kept this secret. If you hadn’t lied to me, I might feel differently.”

Becca explains, “I understand how bad this sounds but I needed to get some new clothes to go on a trip with Caitlyn which we planned a year ago. I didn’t tell you because I knew you’d object and we’d argue. You often criticize me because I don’t earn enough money. I’m starting my own business and it will take time.”

Jackson and Becca need a way to stop blaming each other and to stop their pattern of trying to prove a point. The first step toward changing this negative pattern of relating is awareness. They can benefit from embracing the mindset that working together is more important than being right.

While it’s tempting to launch into expressing anger and to get into the attack mode when you feel hurt or frustrated, it can alienate your partner and drive a wedge between you. That said, you’ll accomplish more and improve your communication if you tell your partner what you need in a positive way.

For instance, if Jackson says to Becca “I would appreciate it if you’d do a budget for your trip with me,” this “I” statement would be more effective than saying, “You never worry about money,” a “You” statement that sparks her defensiveness.

In intimate relationships, one of the biggest hurdles couples face is how to approach difficult conversations without getting defensive. This leads to an unfortunate pattern of attack and defensiveness where both partners believe they must prove they’re right and must defend their positions.

In After the Fight, psychologist Dr. Daniel B. Wile, explains that if this defensive pattern continues over time, it can diminish love and respect between you and your partner The following are ways to stop being defensive with your partner before it becomes a bigger issue.

6 Ways to Stop Being Defensive:

Becca put it like this: “When we disagree, I try to apologize to Jackson when I overreact to something he says and not take it so personally. I know that when I blow things out of proportion, it’s often my own baggage. When he apologizes to me after he’s said something hurtful, it really helps me move on and feel better. I’m working on accepting his apology, letting go, and I’m trying to be a bigger person.”

Since we all have flaws, give your partner the benefit of the doubt rather than attacking him or her or getting defensive. Being defensive or negative will only push your partner away. The next time you feel upset at your partner, examine your own thoughts and responses—before you point out his or her faults—if you want your relationship to endure the test of time.

Find Terry on Twitter, Facebook, and, movingpastdivorce.com. Terry’s award-winning book Daughters of Divorce: Overcome the Legacy of Your Parents’ Breakup and Enjoy a Happy, Long-Lasting Relationship is available on her website. Her new book The Remarriage Manual: How to Make Everything Work Better the Second Time Around was published by Sounds True on February 18, 2020.

More from my site 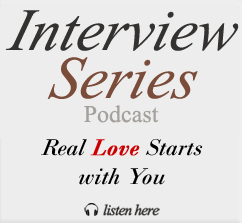 Restoring Your Faith in Love: The Seven Steps to a Successful Relationship

Learn To Trust Yourself and Others

Longing for Dear Old Dad: Overcome a Broken (or Missing) Relationship with Your Father

Face Your Ghosts from the Past 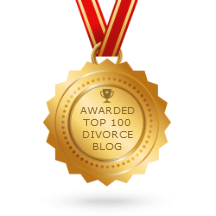